In the small town of Kortrijk in Belgium, there is a man who dreams of another world.

A world where there are no cars and instead only bikes to help the people who inhabit it move through it.  That world might be a utopian dream, but it’s a dream with enough merit to exist.  At least if you ask Kevin Labeeuw, owner of this dream and the bicycle shop Green Leaf Projects.

"My motivation isn’t to sell bikes, it’s to inspire people." 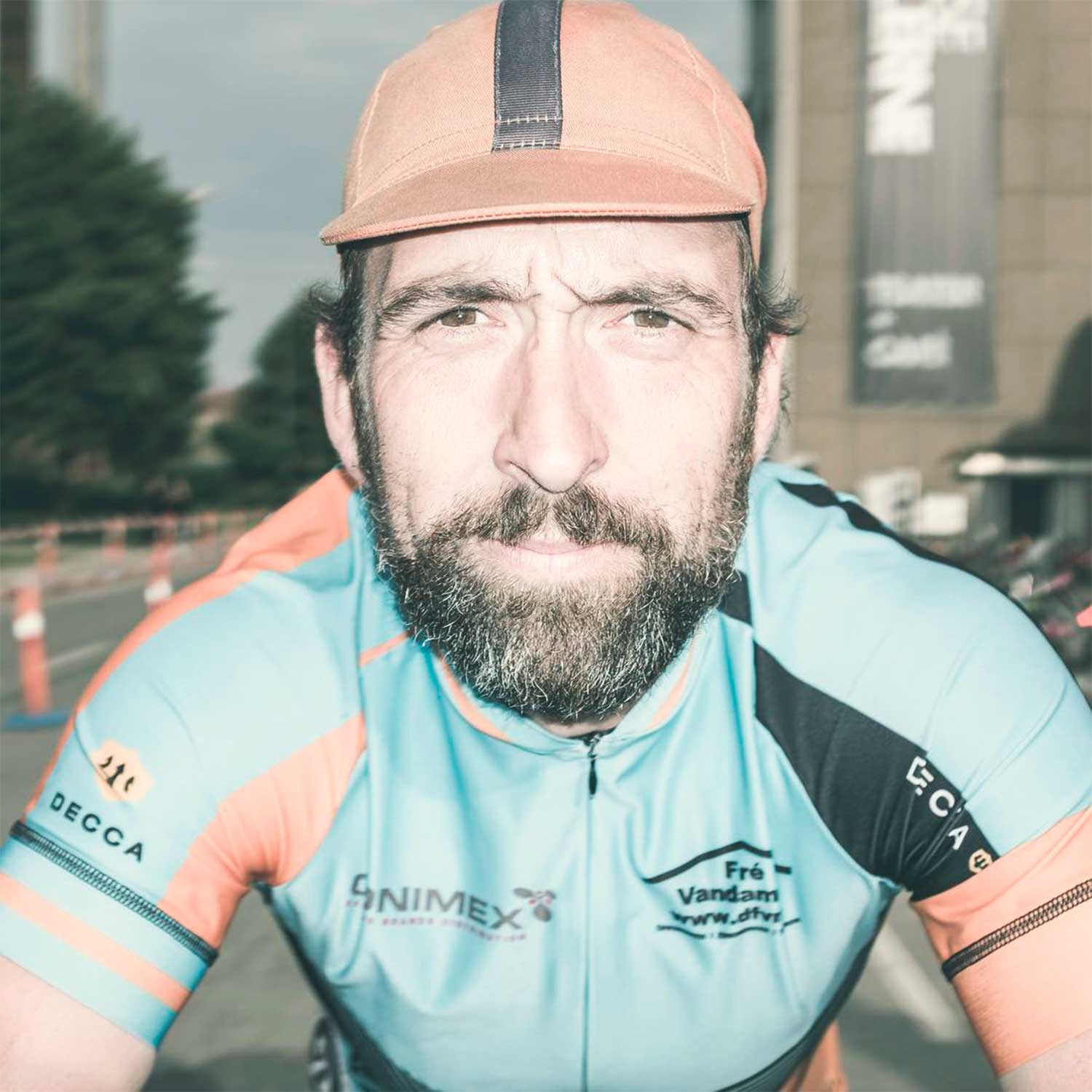 Because according to him changing your means of transportation changes your life.

And in the end that just might help change the world.

“I sell cargo bikes, but my motivation isn’t to sell bikes it’s to inspire people to live a better life. And every time I sell someone a cargo bike, especially an electric one, I see how it fundamentally changes their lives”, Kevin Labeeuw says and explains that the reason a cargo bike can do that, is because it’s much more than just a bike.

“A car is a car. But a bike is a part of your body when you ride it. And a cargo bike becomes a part of your whole family. It’s not just something that takes you from point A to point B, that’s the beauty of the cargo bike - you can do everything you need to do, but you’re doing it in a fun way.

You take it to drop your kids off at school, you ride it to work, you fill it with groceries, but you also ride it for the sake of riding it. For the experience, it is to be moving through the world together. And that’s what sets it apart from a car. That’s what’s going to change the world”.

"It’s one of the most satisfying things to hear back from clients saying that the bike they bought from me is just perfect. But what’s even more satisfying is when they tell me that they don’t use their car anymore. Then I know I succeeded."

Bikes take the word work out of working. Kevin Labeeuw has always been passionate about bikes. When he was 12 he dismantled his mountain bike to see how to put it back together, from the age of 14 he raced the roads of Belgium, and then a year and a half ago Kevin opened his first bicycle shop.

“Even though bikes have always been a part of my life, I was kind of pushed into doing it as my profession. I got fired from my old job and needed to find something else to do. So suddenly it was possible for me to immerse myself in my hobby and it’s absolutely magnificent. I don't work anymore, I do what I love”.

And the thing Kevin loves the most, other than bikes, of course, is to pair up the right bike with the right person.  “The most important thing for me is to make sure that all of my clients get the bike that serves their needs the best. I have a lot of clients that come in thinking they already know for sure what bike they want, but I insist on going through the process with them of finding out what bike is truly the right match for them. And 98% of the time they walk out with another bike than they asked for when they came in”, Kevin Labeeuw says and explains that the best part of his job is rooted in figuring out what his clients need. “It’s one of the most satisfying things to hear back from clients saying that the bike they bought from me is just perfect. But what’s even more satisfying is when they tell me that they don’t use their car anymore. Then I know I succeeded”.

Kevin Labeeuw believes that a new era is on its way. Both regarding his shop where he recently signed up for a collaboration with Butchers & Bicycles, but also on a much bigger scale.

“I’m so happy and proud that I now get to work closely with Butchers & Bicycles because that means that I get to make my client's lives even better by making it possible for them to own the most complete tricycle on the market. I love the titling system and the innovative design which stayed with me ever since I rode it back in 2016 for the first time”, Kevin says and continues.

“It’s definitely a new era for me and the shop to represent Butchers & Bicycles. And I think it’s a sign that another era that involves the entire world is beginning to emerge. The era where cars don’t reign the roads anymore”, he says laughing.

“Yeah, they’re on their way out for sure. It’s going to be cargo bikes from here on out.”

Explore other stories, or share your own to inspire others.

We would love to hear from you. Please get in touch to tell us about your adventures or daily life. Most likely it's way more inspiring than you may think.